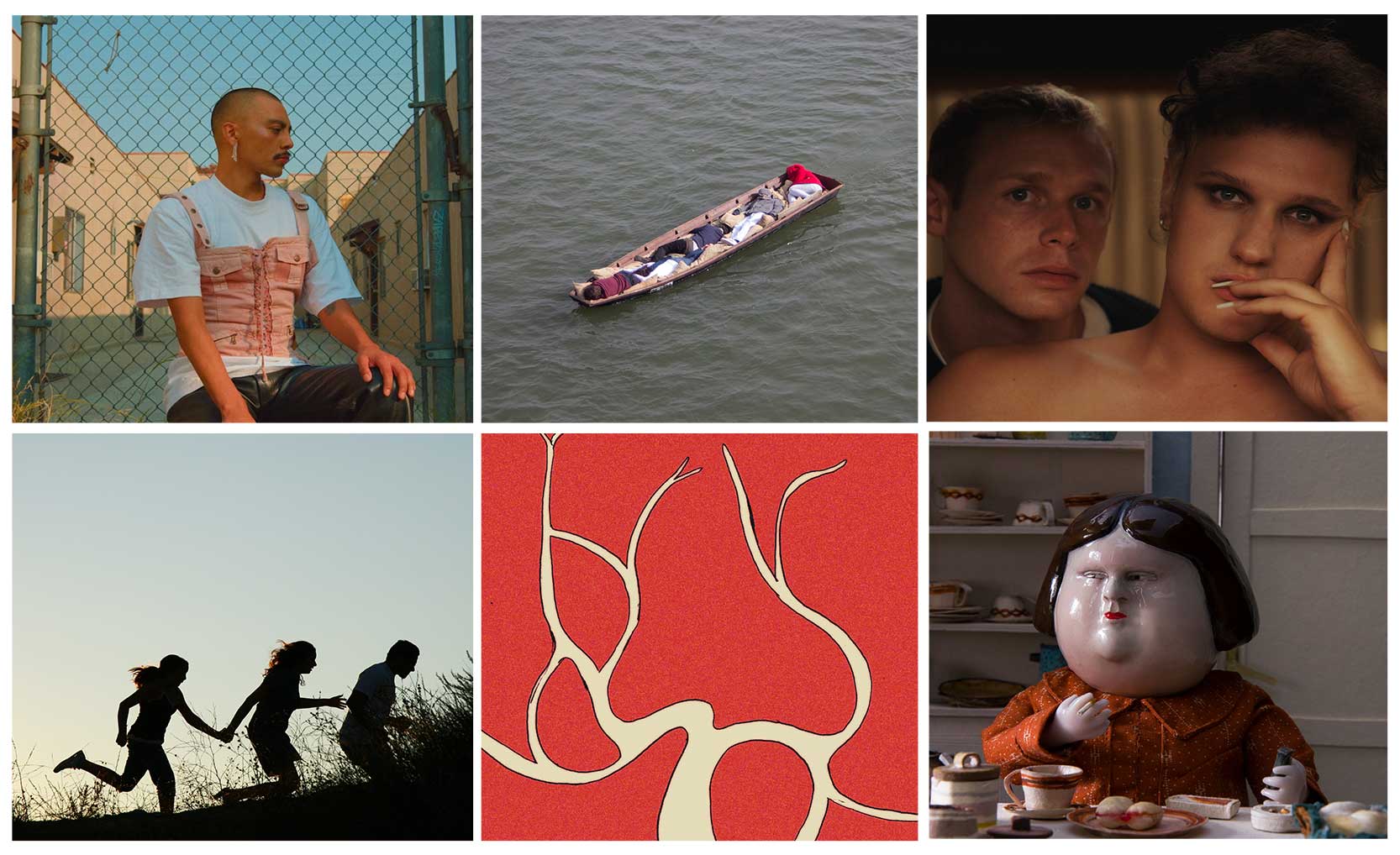 This winter, LACMA presents a series of films by award-winning and emerging Latin American and BIPOC filmmakers who approach their subjects through the eye of the “other” with curiosity, empathy, and respect. The series will explore overlapping themes prevalent in both the U.S. and Latin America, bringing together Latin American and BIPOC filmmakers to find a point of convergence. Each screening will be followed by a curated conversation with the filmmaker, creating a dialogue that offers overlapping yet unique cultural perspectives about the topics of the films. Curated by Vanessa Perez, the series aims to celebrate cultural diversity and emerging filmmakers, while showing we are all interconnected.

Join FILM at LACMA for a screening of several short film selections followed by a conversation with filmmakers moderated by co-curator of the short selection Alfredo Achar.

A visual journey into Sebastian Hernandez’s multi-faceted art practice, which shows us how the complexities of the Brown migrant experience and trans femme identity inform their material-based performances in an effort to challenge traditional perceptions of space and the Brown body. Post-screening conversation with director and writer Jazmin Garcia and performer Sebastian Hernandez.

In-Transit questions the migration of humans around the globe and the displacement of bodies as a risky transaction, the political implications of which are embedded in this participatory performance that took place at the Rava River in Croatia, a place of transition many decades ago. Post-screening conversation with director, writer, and producer Maria Adela Diaz.

“CAUTION”—a reference to a sign placed at the border of México and the U.S. This video performance converts a static image into an unstoppable moving picture that transforms illegal trespassing into a legal action.Families from México and Central America cross the border through the same path everyday, transforming the territory into a public space, a place of hope.

What is it like to walk this land in the shoes of an immigrant under 30? Reflections of young adults who immigrated to the United States as children remind us that beyond citizenship, there is a human. Post-screening conversation with writers, directors, and producers Doménica Castro and Constanza Castro.

An intimate evening between a film director and a companion is disrupted when a familiar face arrives. Post-screening conversation with writer and director Antonio Marziale.

Based on true events, Bestia explores the life of a secret police agent during the military dictatorship in Chile. Her relationship with her dog, her body, her fears, and her frustrations reveal a grim fracturing of her mind and her country. Post-screening conversation with writer and director Hugo Covarrubias.