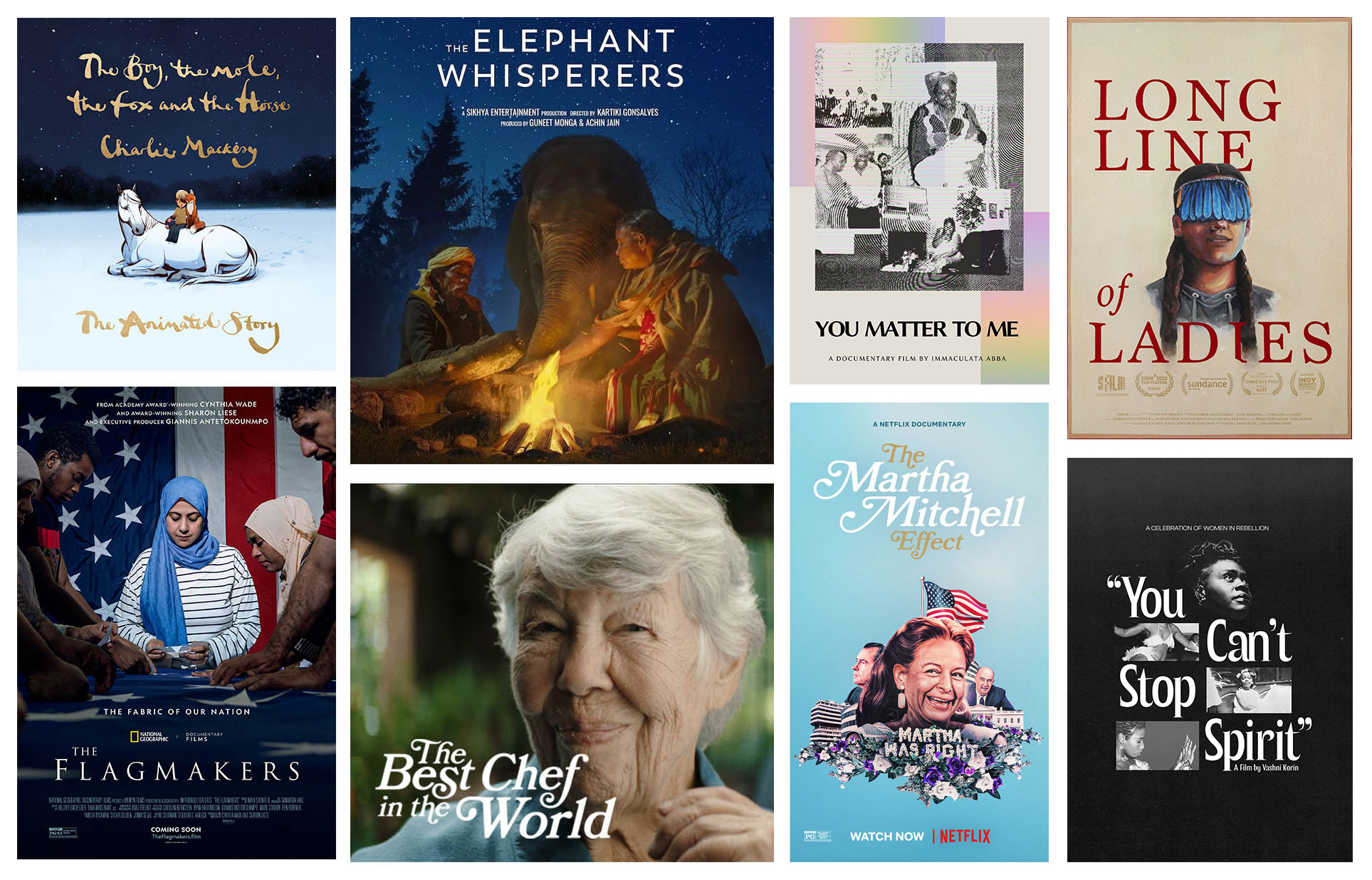 Join FILM at LACMA for a Short Film Showcase featuring a selection of highly-acclaimed, compelling short films. Each film is explored further through exclusive filmmaker conversations.

The Boy, the Mole, the Fox and the Horse is a story of kindness, courage, and hope in traditional hand-drawn animation, following the unlikely friendship of the title characters as they journey in search of the boy’s home. Based on the book of the same name. Followed by a conversation with directors Charlie Mackesy and Peter Baynton, producer Cara Speller.
**This film is only available until Sunday, December 11.

Inside a Wisconsin flag factory, immigrants, refugees and locals wrestle with identity and belonging as they sew millions of American flags. As tensions escalate across the US, the flagmakers reflect on who the flag is for. Followed by a conversation with co-director Cynthia Wade.

3. The Best Chef In The World

The infamous and highly regarded California culinary gem - The French Laundry, currently run by legendary chef Thomas Keller, has often been recognized as the best in the world, but few know the story of its original founder, Sally Schmitt. In an emotional final interview before her passing in March 2022, Sally tells her own story as a pioneering chef of California cuisine and sets the table for another way to look at life: where balance, rather than recognition, is the ultimate prize. Academy Award winning director Ben Proudfood brings Sally and her pioneering and endearing family front and center in this moving, insightful and delightful short film shining a spotlight on the loving origins of this leading culinary experience. Followed by a conversation with director Ben Proudfoot.

This documentary profiles the Cabinet wife who spoke out during Watergate — and the Nixon administration's campaign to gaslight her into silence. Followed by a conversation with directors Debra McClutchy, Anne Alvergue.

The Elephant Whisperers follows an indigenous couple as they fall in love with Raghu, an orphaned elephant given into their care, and tirelessly work to ensure his recovery & survival. The film highlights the beauty of the wild spaces in South India and the people and animals who share this space. Followed by a conversation with director Kartiki Gonsalves.

A girl and her community prepare for her Ihuk, the once-dormant coming of age ceremony of the Karuk tribe of Northern California. Followed by conversation with co-director Shaandiin Tome.

You Can’t Stop Spirit is a documentary short that centers the Baby Doll Mardi Gras masking tradition; a group of self-liberated Black women that created an alternative social space where they are allowed and encouraged to be free. Followed by a conversation with director Vashni Korin.

Short documentary film that follows my parents over the course of a week, highlighting the joys of family and community, from the perspective of middle-aged Igbo Nigerians. Followed by a conversation with director Immaculata Abba.